As of March 30, Westridge has moved to remote learning; as a precaution in response to the COVID-19 crisis, campus is closed until further notice.

by Melanie Horn, Director of Athletics 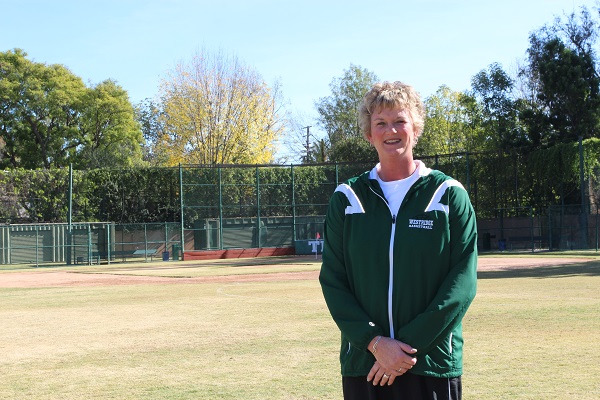 The Olympics!  Phelps, Ledecky, Biales, Bolt – the names that generate pride and excellence for our country and the World.  Four years separating our global excitement and the unexplored territory of human potential. A moment in time when all national anthems are honored and respected and competitive greatness is unparalleled.  So, what’s not to enjoy?

This year’s games created an unprecedented uncovering of the ongoing discrimination and sexist media coverage of female athletes.  Bill Plaschke writes, “Forty-four years after the landmark passage of Title IX, which prohibits discrimination against females in all areas of federally funded education including sports, American women’s athletics is indeed no longer just about participation, it’s about championships.”  With all due respect; REALLY?  Bill is my hero as he uncovered his own bias in his article about Pat Head Summitt, but remains slightly off the mark as women have been winning gold medals for decades.  We are not a junior varsity subset of the human population, we are athletes who work equally as hard, sacrifice more and win at an incredible rate.

The world was watching the Olympics and a voice, albeit small, emerged giving honor to our female Olympians and calling out discriminatory language and bias.  The public is aghast at commentary including focusing on attire, calling intense competition a “catfight,” and creating a “top 10” list of the “hottest athletes.”  This ABC online article outlines the issue.

This past spring, I journeyed to Minneapolis to attend the Women’s Coaches Symposium and met with one of the directors at the Tucker Center for Research on Girls and Women in Sport because I had been moved by their research which aired on PBS.  My passion regarding the lack of media coverage for female athletes stems from my own experience as a basketball player at UCLA and the lack of exposure, specifically, in the Los Angeles Times.  Even though I am one of a very small group of women who have had their photograph on the front of the sports page -– not based on my athletic prowess, but due to the fact I was playing against a Russian player who stands 7’2” – I assumed it was commonplace.  Since that time the coverage has waned instead of grown – something that I am disturbed by each and every day.

Can we as a society truly value strength, grit, competitive greatness, and athletic competence from women or is the ingrained perception of the “weaker sex,” objects of beauty, or individuals defined first by other roles, such as wife, going to continue?  When more than 40% of the athletes in the United States are women, just why is it that only 2-4% of media coverage is about their accomplishments?  When the media chooses to say there just isn’t a market for women’s sports, we can remind them of the television viewer ratings for the USA Women’s World Cup Soccer team being higher than any other soccer game men’s or women’s in history.  And, what about the WNBA – no market?  How’s 20 years sound as a pretty good run?