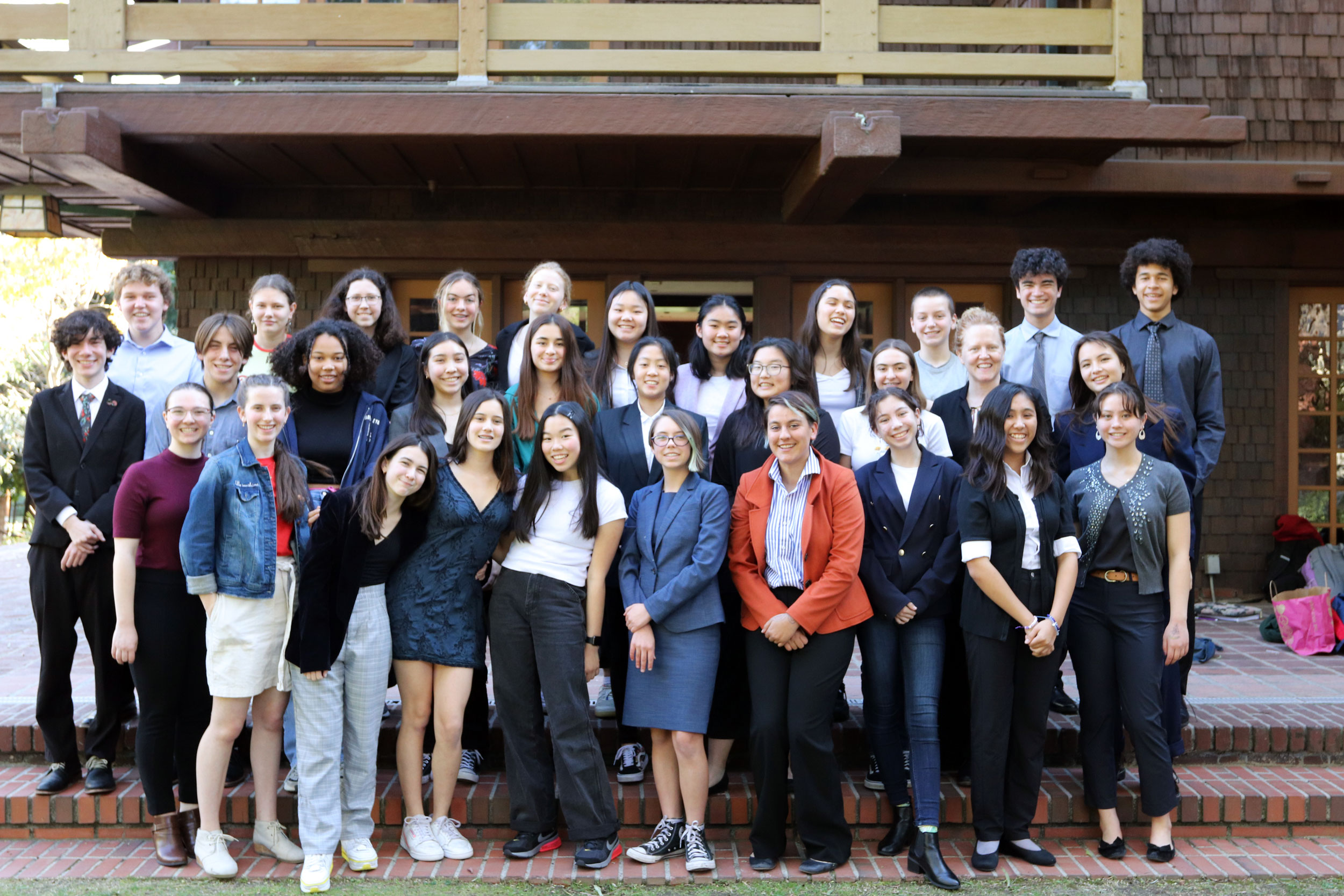 Late Friday morning, Pitcairn Living Room was packed with students from Westridge’s Upper School World Views class and Eagle Rock High School’s (ERHS) Model United Nations program. Blazer-clad with notebooks and gavels at the ready, these students convened in a roundtable meeting meant to mimic a real crisis committee—or a conference of representatives focusing on a specific issue. Their topic? The recent protests in Hong Kong.

“My World Views class studies both historical and contemporary issues,” said teacher Lorri Deyer. “I wanted to find a way for them to discuss real-world topics in a very hands-on way. This crisis committee simulation was an amazing opportunity for them to not only learn about an issue affecting our world today, but also to practice diplomacy, negotiation, and debate skills.”

Prior to the day, the World Views 9th graders were each assigned a character to play during the committee simulation; these roles varied from the chief executive of Hong Kong and other government officials, to farmers, police officers, university professors, lawyers, media reporters, and more. Each character came with an extensive biography written by the ERHS students, and Westridge students were required to study their character’s background and conduct their own research into the Hong Kong demonstrations in the days leading up to the committee.

The ERHS students acted as facilitators or “Dias” for the exercise, which they ran according to Model UN guidelines, and students from the Westridge Model UN club joined them as “crisis staff.” As the student committee members began to make motions and pass directives during the simulation, the ERHS and Westridge facilitators announced consequences to their actions (which often involved acting out a scene or revealing new obstacles to the committee’s proposed solutions, complicating the situation). The committee simulation lasted for nearly four hours, with the goal of finding an overall solution to the crisis. 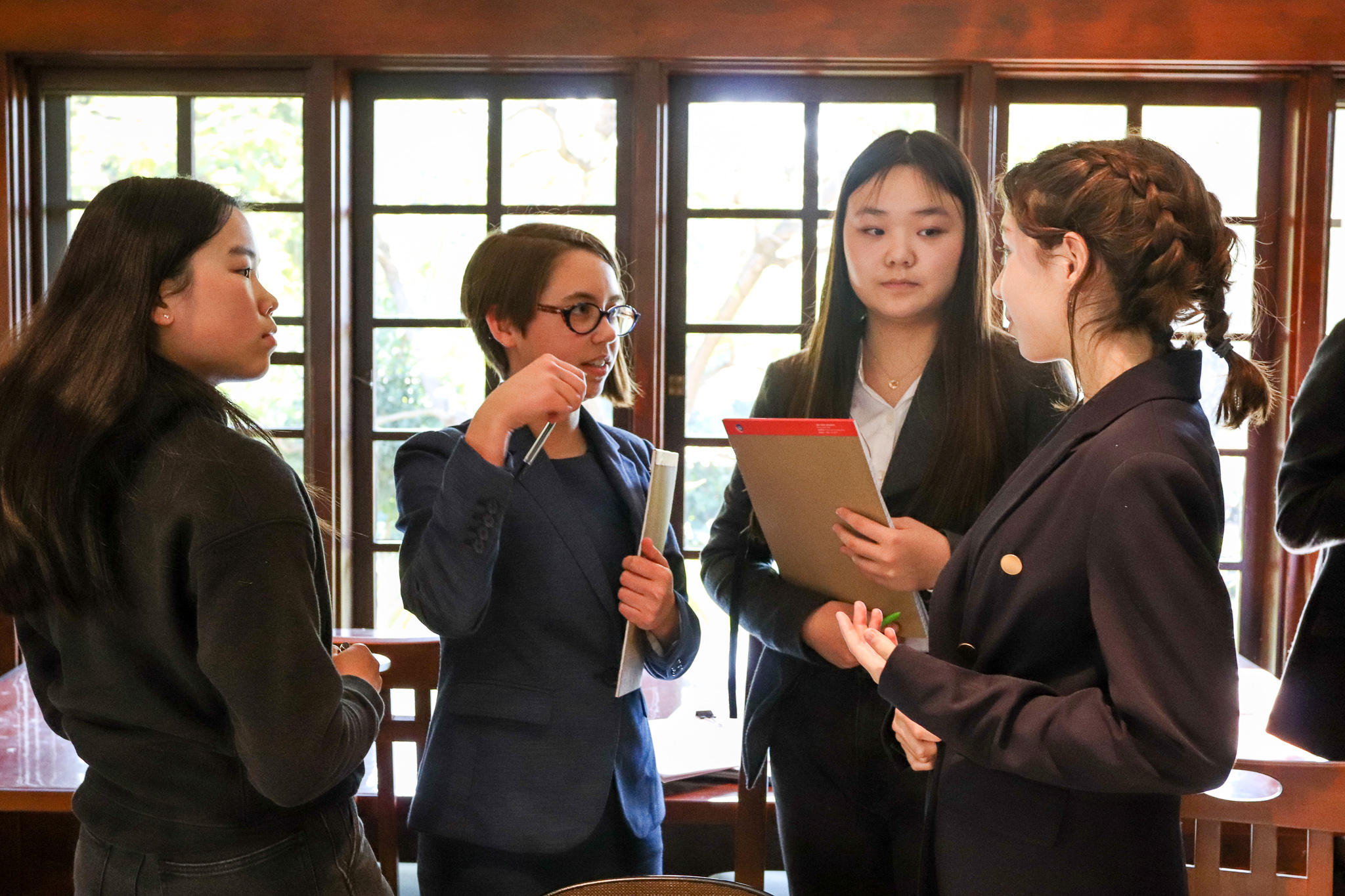 “The crisis committee was incredibly fun and interesting,” said Claire S. ’23, who played a lawyer character during the simulation. “It did require a lot of work and was quite stressful, but I think my entire class can agree that the experience was worth it. We were able to research, plan ahead, and think on our feet. Doing the activity with the ERHS students was also very helpful, as they were ready to tell us exactly how things worked and help moderate the experience.”

Deyer added, “I think it was important that we worked across schools, because the students were learning new skills while interacting with new people. Plus, the juniors from Eagle Rock High School got the opportunity to lead and the freshmen from Westridge learned from their older peers. This event was one of my best memories in all my years of teaching and it’s because the students were in charge and very invested."

Click here or scroll down to see more photos from the event!