-- please login --
<Back to News
Rocketry and Robotics and eSports (Oh My!): Our Competitive Tech Teams

With the success our rocketry program has seen in recent years (like qualifying for The American Rocketry Challenge National Finals in both 2016 and 2017, where they competed against hundreds of other teams for scholarships and a chance to represent the United States at international competitions), more and more Westridge students are looking with interest to STEM fields to continue innovating. This school year, they’re launching two new competitive teams: robotics and eSports.

Robotics has a long history on our campus. From 4th grade onwards, Westridge students have gotten hands-on experience in designing, constructing, and programming their own robots for years. On any given day, our STEAMWork Design Studio is full of students of all ages tinkering with their latest project. But this year, a competitive robotics team has taken shape under the guidance of long-time Upper School science teacher Edye Udell (who is also the founder of the Westridge Girls Who Code club). While still in their initial building and design stages, they hope to compete at the high school level soon. 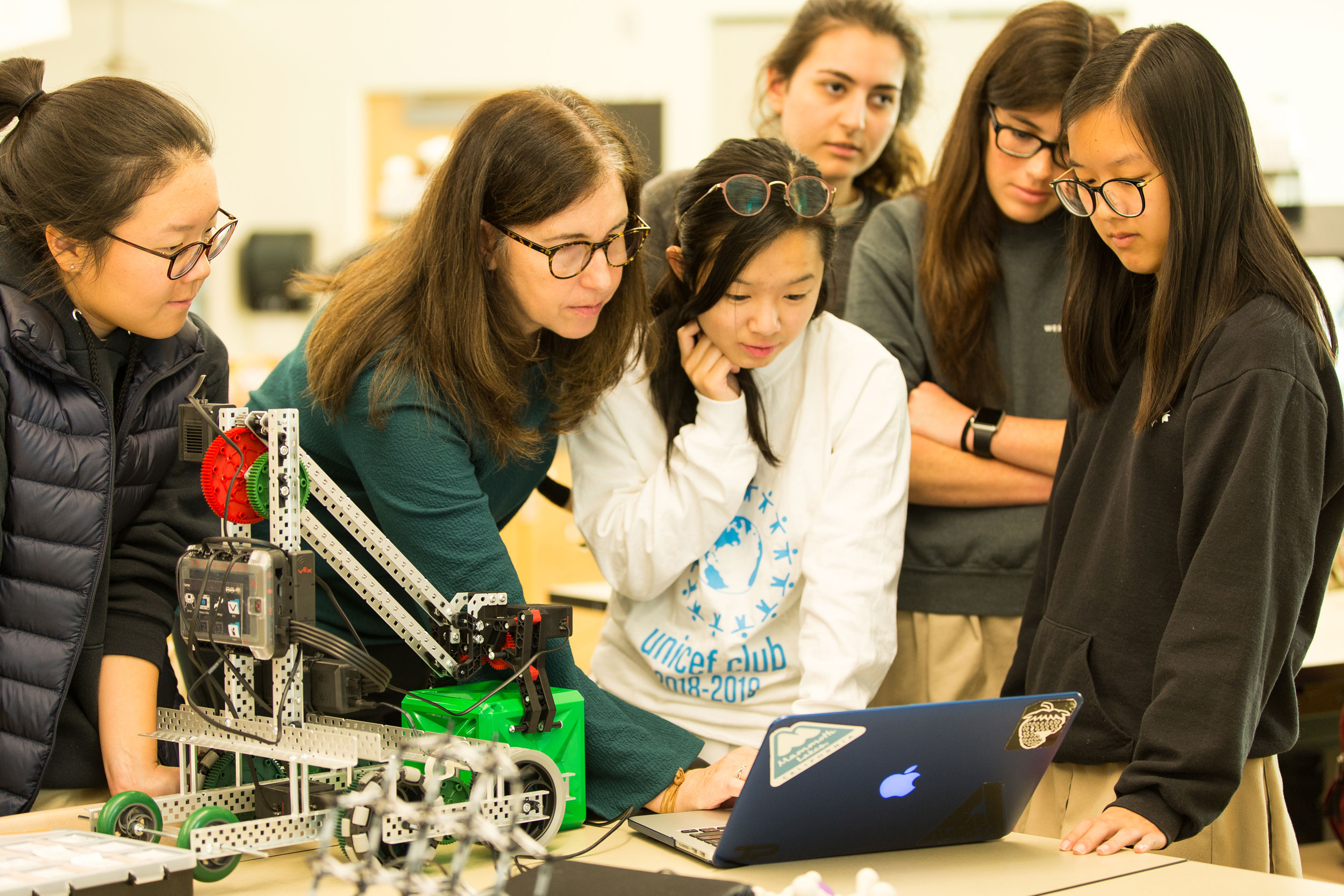 As for eSports (which refers to competitive and/or professional video game play), student Jadyn I. ’22 is leading the charge. After taking our 8th grade Coding & Game Design class in 2018, Jadyn said she began to truly understand how underrepresented women are in the world of gaming, engineering, and design. This year, with additional Upper School computer science classes and even a UCLA summer game design program under her belt, this determined sophomore set out with a mission—to start an all-girls eSports team in the Upper School and found the first eSports league in Westridge history.

“Women in eSports are especially important, as even college eSports teams don't have enough female representation,” said Jadyn. “For Westridge to have an all-girls gaming team would be incredibly significant, not just for eSports, but for the entire video game industry itself.”

Though still in the development stage, the Westridge eSports team will potentially compete for scholarships alongside teams from other high schools and hope to host tryouts in coordination with spring athletics. More to come!

While the rocketry team is our longest running competitive STEM team (founded by alumna Maddie Emslie ’16 in 2013 and currently advised by STEAMWork faculty David Prince), the program has expanded exponentially in the past few years. The Upper School team can be seen testing their completed rockets on weekend field trips, and regularly compete in The American Rocketry Challenge with qualifying teams attending the spring National Flyoffs in Washington D.C. In addition, our 7th and 8th graders can now take a semester-long rocketry class or join the popular Middle School rocketry club. 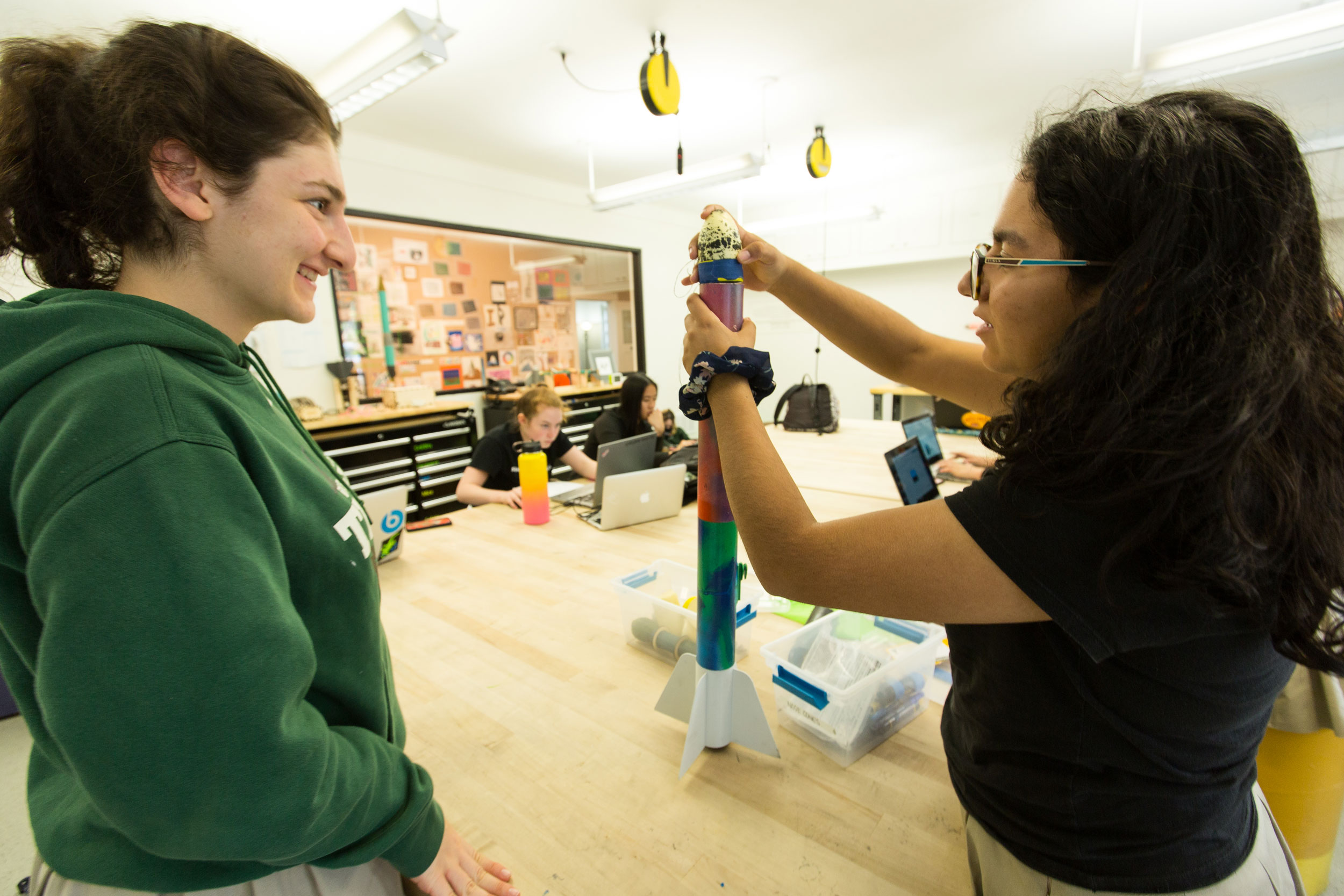 Above: Two members of the Upper School rocketry program work on their rocket in the STEAMWork Design Studio.

Students taking the initiative to create new offerings and opportunities for themselves in STEM subjects confirms what we have long believed: in an increasingly technology-centered world, girls should have every opportunity to do science, not just study it. With so much creativity and invention taking place on our campus each day, it’s not a stretch say that Westridge girls are closing the gender gap in STEM one rocketry/robotics/eSports team at a time.