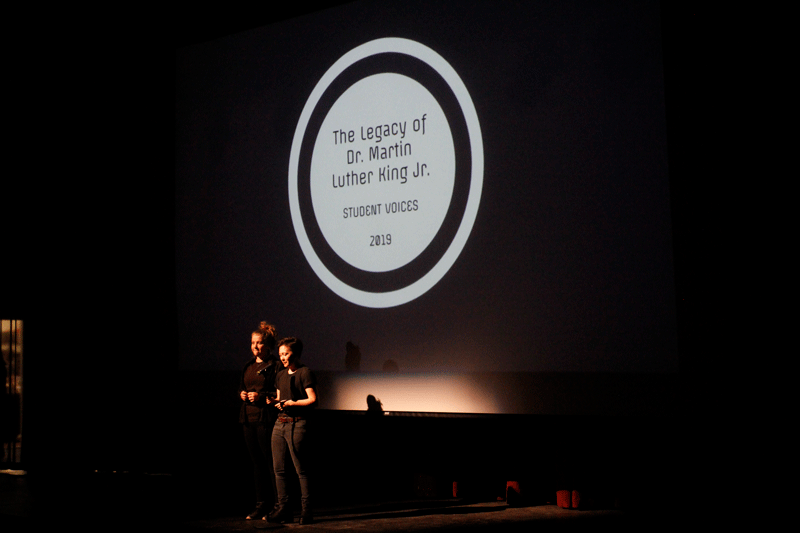 A powerful MLK Day Assembly, hosted by the Upper School Student Voices group, highlighted the similarities between past and current fights against injustice through a combination of images, poetry, memoirs, and audio clips.

“As a community we owe it to Dr. King’s legacy to remain educated about the sources of injustice in our country ranging from everyday microaggressions to deep systemic problems and inequitable systems that continue to oppress members of our society and people of color,” said Caroline P. ’20.

Students displayed eight sets of images paralleling events from the 1960s and the past five years, including:

After providing context for the photos, poetry related to the events was read, or audio clips from news of the events was played, providing first-person language and perspective to the history.

Senior Oona L. closed the assembly saying, “Now is the time to speak your mindânot just in spaces that are ideologically similar, but around people with whom you disagree. The fight for justice begins with young people like us, participating in an exchange of ideas as a community.”