← Return to blog
Why Girls' Schools Are More Relevant than Ever
November 20, 2019 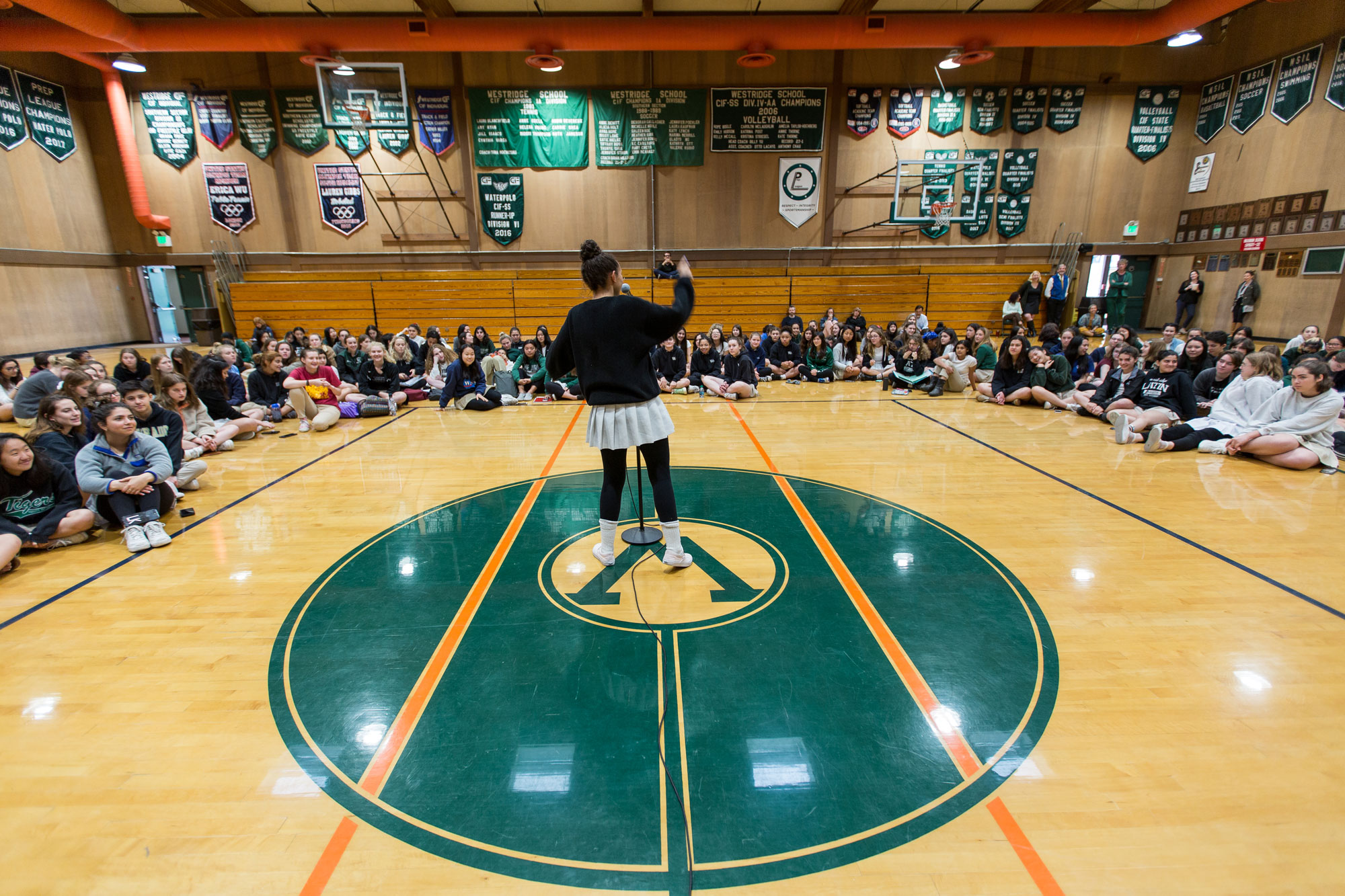 When Forbes released its 2019 list of the 100 Most Innovative Leaders, a roster of influential, creative, forward-thinking executives, it included just one woman. The internet and the business world erupted in response, criticizing Forbes for its glaring oversight, and demanding accountability. A group of 57 female CEOs even signed an open letter to Forbes written by journalist Dianna Kapp, calling for the magazine to “overhaul the criteria that determines who makes the cut.”

Who makes the cut.

Women receive the message that they don’t “make the cut” as far back as elementary school, where research shows that boys dominate classroom discussions, are perceived to be better in math and science, and are given more attention than girls. Many times, traditional curricula even erase the numerous important roles women have played in shaping history.

In an era where women still fight for gender equity and where female CEOs still struggle to be recognized, we need places where girls are wholly seen and heard, and where discussion of the endless possibilities for girls and women today is in the air the girls breathe. Places where young women are not only told they are capable of anything, but literally can see themselves filling every role, are more relevant today than ever before.

Here are a few more reasons:

Despite lists like Forbes’, today’s world truly is more open than ever to women holding positions of leadership. In the past decade, we have seen a record number of women win seats in the U.S. House of Representatives in 2018, the Fortune 500 list reach a new record of having 33 of the companies listed led by female CEOs, and a number of countries elect their first female heads of state (including Denmark and Thailand in 2011, Australia and Costa Rica in 2010, and more). All over the world, women are making gains as they fight to be heard and step into leadership roles, and girls’ schools are the environments best equipped to prepare them for this future; girls schools engender confidence and agency, and in no other educational setting do girls have the leadership opportunities they have at a girls’ school.

In the survey The Girls’ School Experience: A Survey of Young Alumnae of Single-Sex Schools, 93 percent of girls’ school grads say they were “offered greater leadership opportunities than peers at coed schools.” At a girls’ school, it is never implied that a student cannot do something because of their gender, and in fact, students at girls’ schools often question why such an implication would ever be made. That mindset is crucial for girls to begin to understand the difference they can make in a world that still has severe gender gaps in nonprofit, corporate, and government leadership. And they do understand and take action! For instance, while only 1 percent of the girls in the U.S. attend girls’ schools, nearly 16 percent of female Senators nationally and 22 percent of females in the U.S. House of Representatives from California are girls’ school graduates.

The world also needs more female leaders. The benefits of having women in positions of leadership in the workplace are well-documented, including increased productivity and collaboration, decreased levels of employee burnout, and increased financial gains for companies (by an average of 35 percent!). The presence of women in leadership not only has economic benefits, but also diversifies the perspectives and skills in the workplace or other environment, resulting in better problem-solving and more positive outcomes for everyone.

However, it is also well-documented that women and girls face very real barriers that prevent them from reaching leadership positions. For instance, although women represented approximately 47 percent of the U.S. labor force in 2018, they comprised 27 percent of CEOs (only 5 percent at Fortune 500 companies) and held only 24 percent of corporate board seats. In part this is attributed to bias and lack of access to informal networks of support and mentorship opportunities, and that’s where girls’ school come in. Our philosophy of empowering girls and our built-in, worldwide network of alumnae is incredibly important to changing a pervasive culture of gender inequity. From elementary school onward, we teach girls that supporting other girls (i.e. collaboration over competition) helps create a stronger, healthier, more equitable world. As the first black woman elected to U.S. Congress Shirley Chisholm said, “If they don’t give you a seat at the table, bring a folding chair.” And if you can’t access the existing network, build your own.

Girls face an inordinate amount of pressure today. In early adolescence, they are already sorting through mixed messages from mainstream and social media that ask them to look and behave a certain way. A recent study shows that adolescent girls generally experience a sharp decline in self-confidence between the ages of 8-14 (The Confidence Code for Girls), a statistic that is certainly not helped by the social stresses girls experience on the internet.

At girls’ schools, girls are asked only to be who they are. They are given a place to grow unrestrained and become fully themselves, explore their voice, and become comfortable in their own skin. What’s more, girls’ schools are spaces that are blissfully free from stereotypes, as the National Coalition of Girls’ Schools (NCGS) puts it, which releases girls from the pressure of having to “fit in.” A report by NCGS states, “In all-girls learning environments, there are no [expectations] about what girls like or where they excel.” Girls are free to try new things, as well as learn to fail and make mistakes without fear. They are encouraged to use their voices through curricula specifically tailored to helping girls develop healthy levels of confidence; at Westridge, we provide a comprehensive Human Development curriculum that spans all grade levels, dedicating blocks of time in the school day to social-emotional learning (i.e. resiliency, mindfulness, relationship skills, self-management, responsible decision-making, etc.). Meeting the needs of girls at their various stages of development has always been at the core of this program, which existed long before social-emotional learning was popularized as a best practice. Which leads us to...

It was once an innovative idea to suggest that girls deserve the same opportunities as their male peers. Girls’ schools were some of the first places to champion this idea, and we have been innovating ever since. From leading the way in closing the gender gap in STEM subjects, incorporating social-emotional learning into curricula, and championing female athletes and girls’ sports teams, girls’ schools are always thinking beyond what is currently accepted to what could be. Since the beginning of Westridge’s history, when our founder created a school to prepare girls for college in a time when very few girls went to college at all, we have been teaching girls that innovation is critical for our society to move forward. And we believe that continuing this trailblazing work is part of our social responsibility to create a more inclusive society for all. 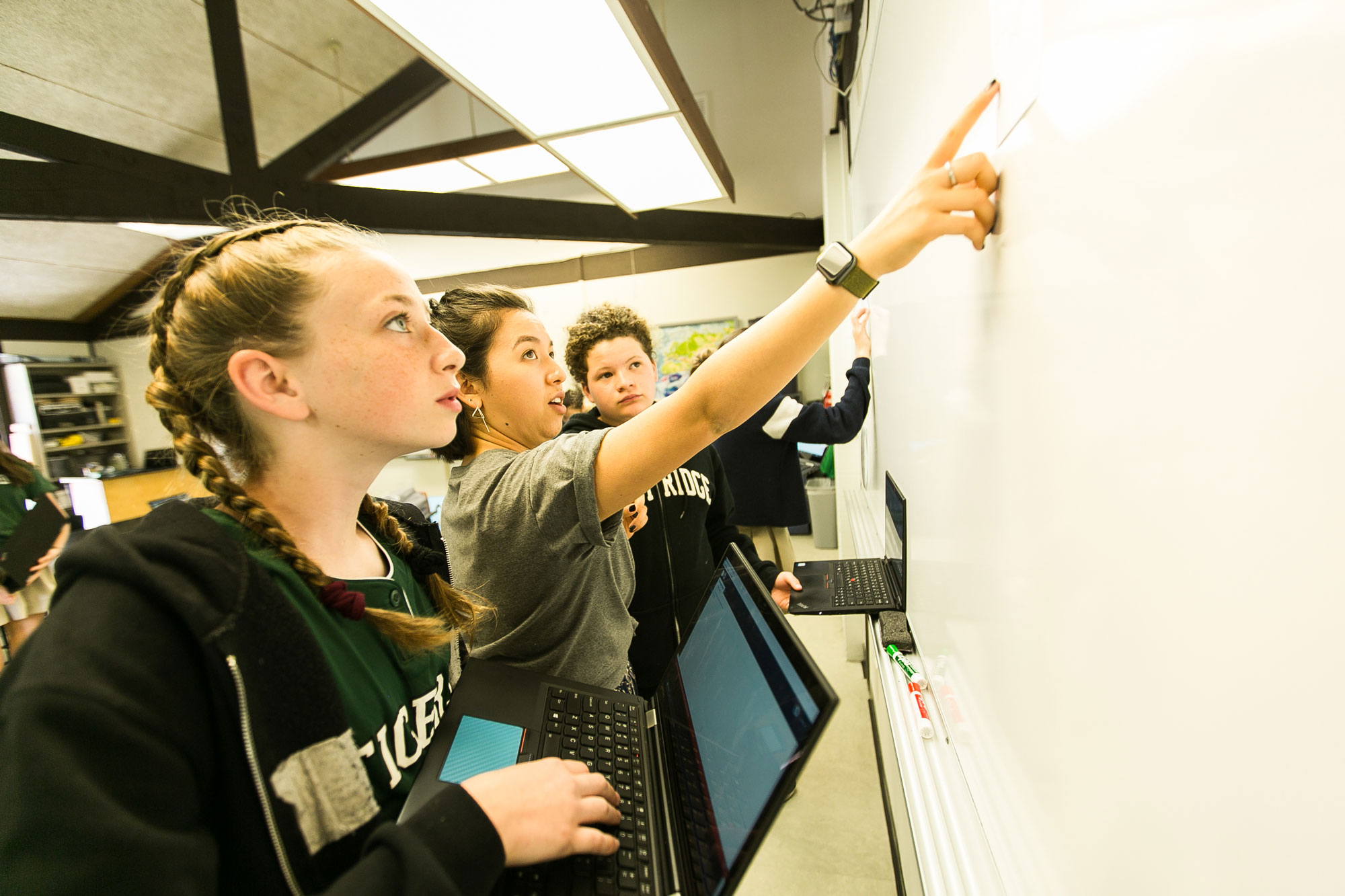 Above: Middle School students learn the fundamentals of coding in a Computer Science class.

The message that those 57 female CEOs delivered in their letter to Forbes is the same idea that women in male-dominated industries have been proclaiming for decades—that when females are empowered, everyone wins! We see this concept come to life every day in our classrooms, when students raise their hands to share their opinions unprompted and without fear, and confidently step into leadership roles for the competitive rocketry team, varsity soccer, or the cast of the spring musical. They—our students—are innovators already. Surrounding them with the encouragement and the environment that they need to thrive as young women teaches them what they are capable of so that down the road, if they encounter someone telling them that they can’t “make the cut,” they will have the tools to know exactly how to push back.

Interested in learning more? Click here to read more about the girls' school advantage, or click here to find out if our school could be the right fit for your daughter!

Share to FacebookShare to TwitterShare to LinkedInShare to PinterestShare to EmailPrint this page
Log in to post a comment:
How to Prepare a Shy Student for the Private School Admission Interview
Top 2 Tips from a Private School Admission Officer
An Admission Director’s Thoughts on Getting to Know Schools from a Distance
Head of School Elizabeth J. McGregor's Remarks on "Surgere Tentamus" at Convocation 2020
Decision Time, Part 1: How Do Private Schools Make Admission Decisions?