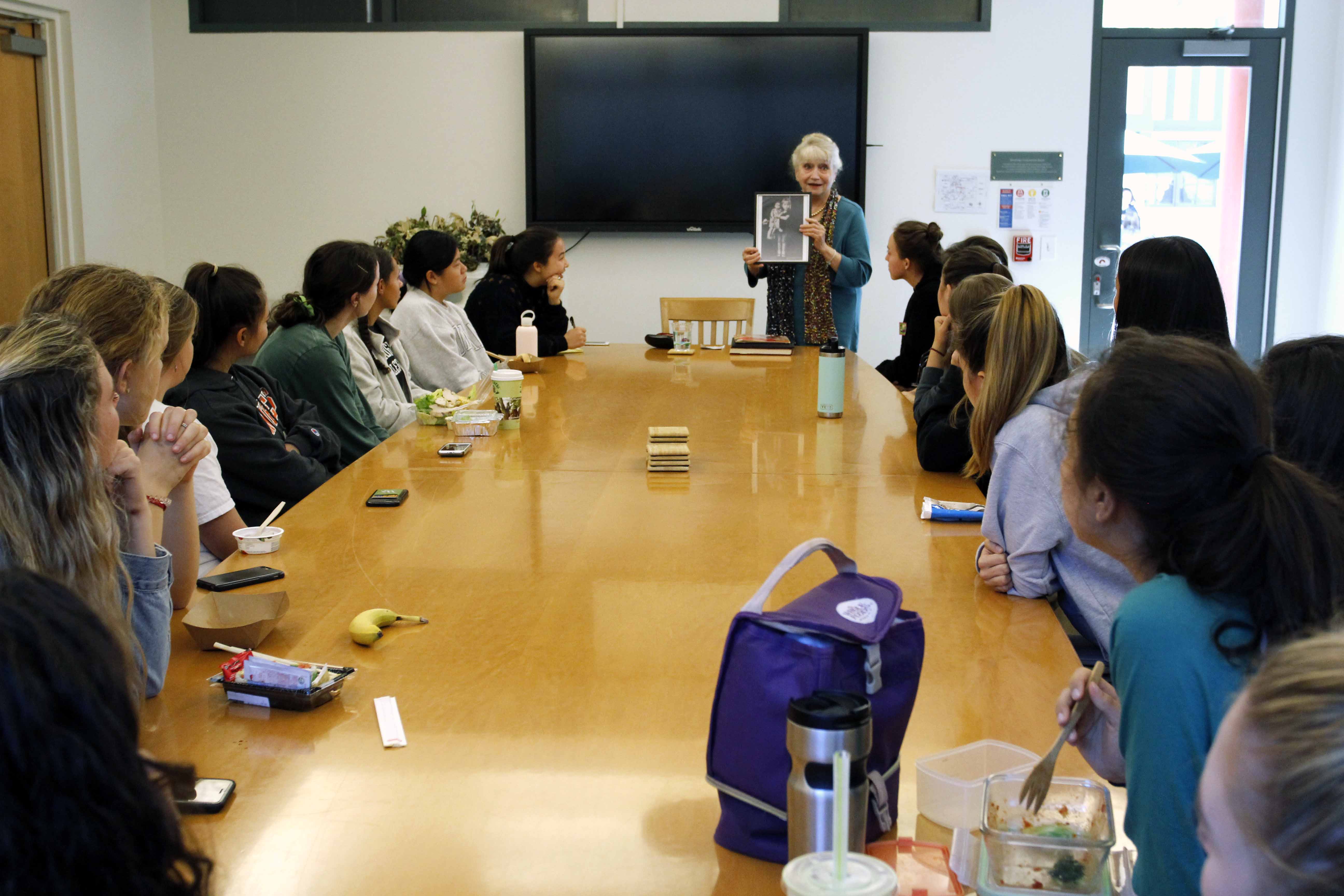 Westridge students in the Upper School Ethics elective reflect on both the world and themselves through the study of major philosophers, including Plato, Aristotle, Kant, and Machiavelli, and the application of these different philosophical systems to real-life situations. As part of a current unit on Kant’s theory of obligation, students spent a recent lunch with holocaust survivor Trudie Strobel, who shared her and her mother’s story of the holocaust and her journey as an adult of using art to regain her strength. 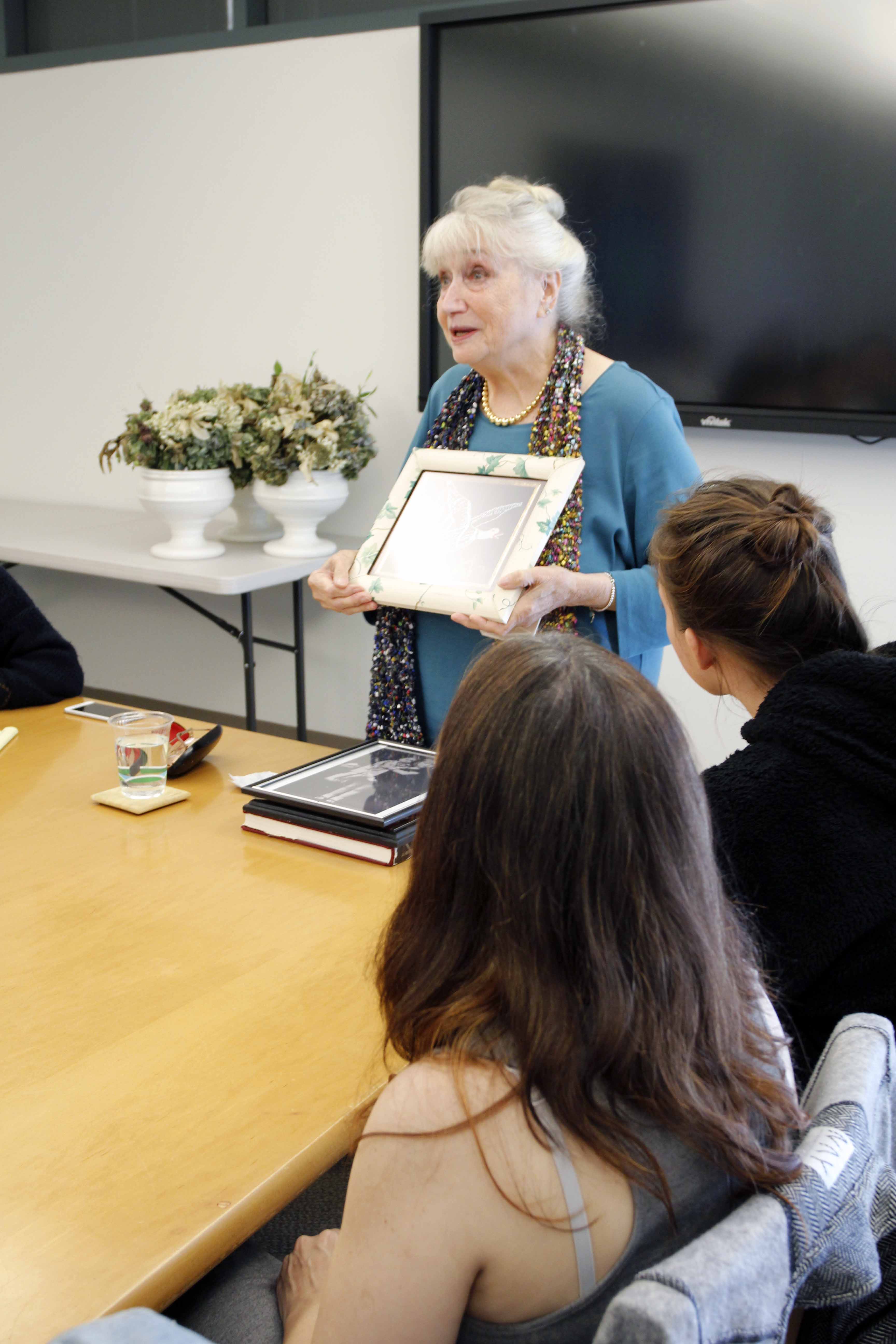 According to Willa Greenstone, who teaches the Ethics course, Kant’s belief of obligation as following true moral law is often misunderstood to mean individuals must “follow the rules.” Study of the holocaust in this context asks what happens to citizens’ obligations when a government is operating based on “bad morality.” The unit on obligation also includes the Milgram Experiment and Jonathan Bennett’s “The Conscience of Huckleberry Finn.”

“I think this class is important because it requires our students, at a very young age, to spend a lot of time reflecting on their own moral construct,” said Greenstone. “Meeting with survivors and other speakers related to class discussion and getting into their personal story makes the ethical issues very real and makes the girls understand that these occurrences are not just past history.”

Mrs. Strobel was born in Russia months after her father was taken to a Siberian prison. Four years later, she and her mother were taken to a Jewish ghetto in Poland, then moved over the course of three years to a series of prison camps. They survived because her mother’s sewing skills were valued by the Nazis. After the war, they lived in Bavaria before migrating to Chicago. Mrs. Strobel has turned her embroidery skills, learned from her mother, into art works that were an important part of her healing. Her work is part of the permanent collection at the Los Angeles Holocaust Museum. You can learn more about Mrs. Strobel’s life and art here: www.trudiestrobel.com.

Ethics has been part of the Westridge curriculum for more than 10 years. Student interest is high – this year two sections are running. 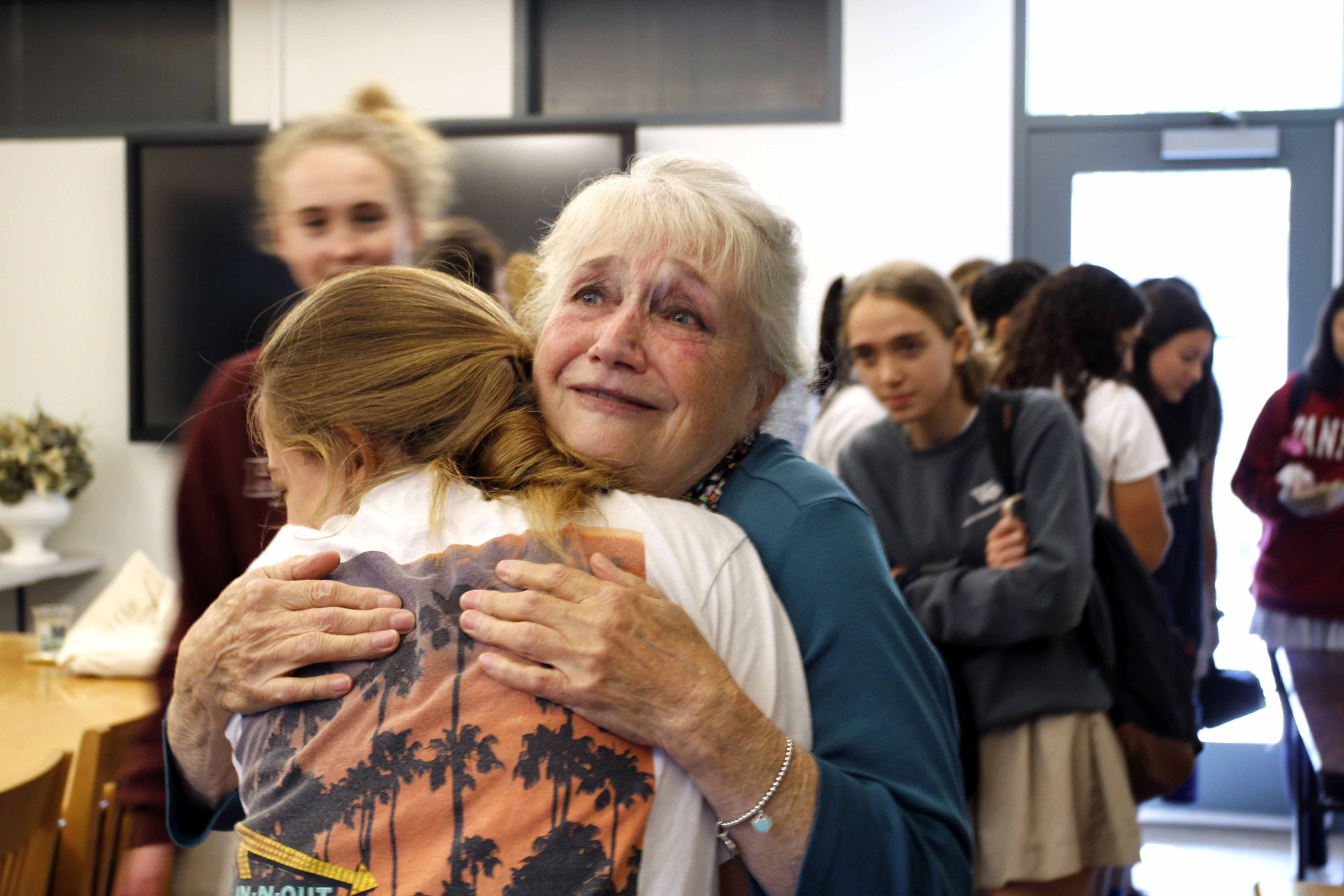 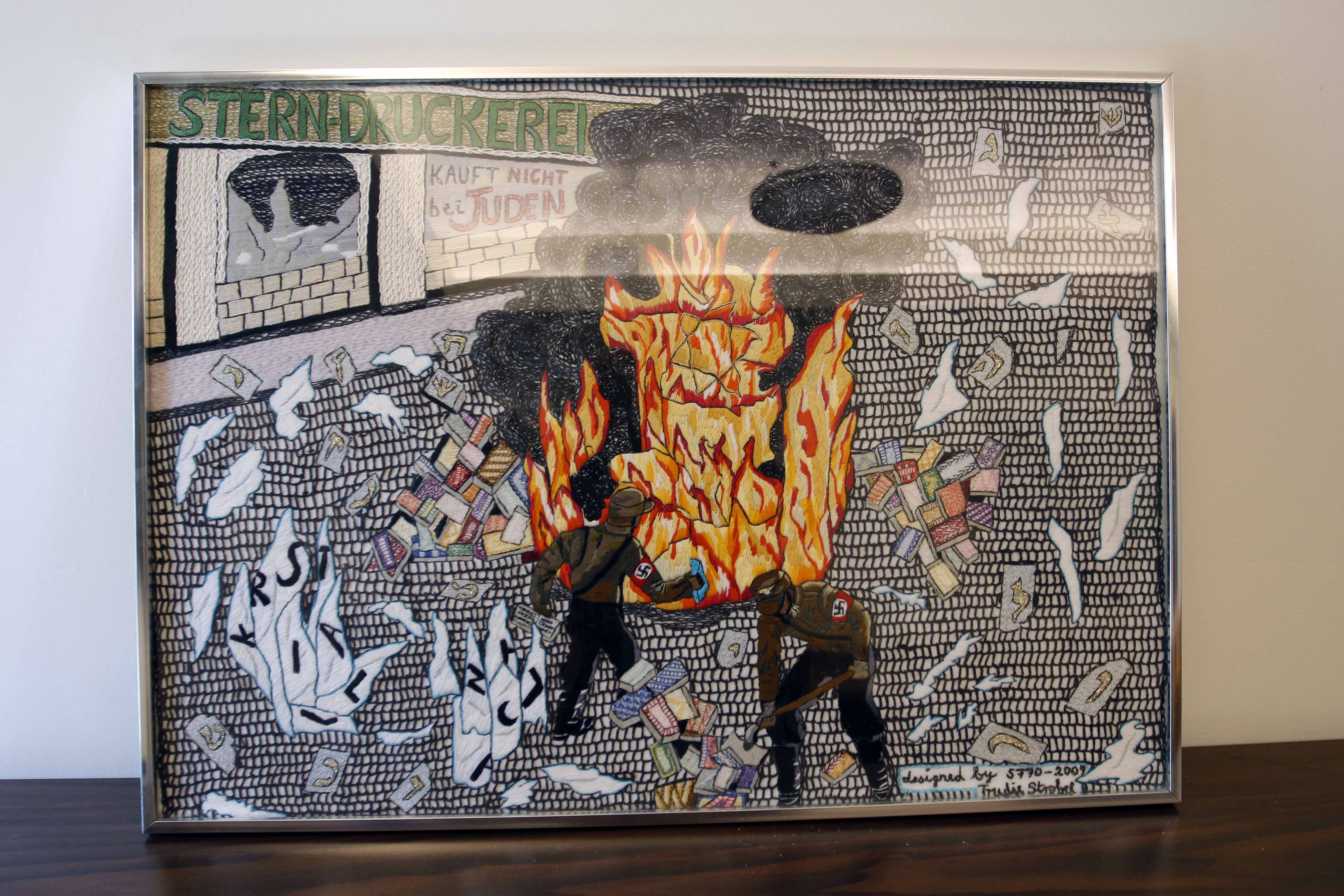